Little Red Bean Productions is a full service event firm rooted in Brooklyn, NY, servicing the world. We specialize in curating compelling events that inspire audiences & engage attendees. We pride ourselves on fresh, imaginative thinking, and unparalleled execution for events of all kinds. From show-stopping stunts, creative press events and intriguing pop-ups to elegant weddings and social events, Little Red Bean Productions understands that a memorable experience is everything.

As an industry visionary, Little Red Bean Productions has pioneered the unprecedented concept of Crisis Event Planning, a unique service which assists clients to re-plan their entire event, or portions of it, due to unforeseen issues that may arise: natural disasters, venue/vendor bankruptcy or any other catastrophe that throws a wrench in existing plans.  With its expansive network of vendors and partners, LRB Productions has successfully created contingency plans for a number of clients under impossible deadlines, including those displaced during Superstorm Sandy.

In May 2014, Little Red Bean Productions launched the “Lemons to Lemonade Wedding Giveaway”, an initiative that gives away one wedding per year to a NYC couple that has fallen on “sour” times. The Lemons to Lemonade Wedding Giveaway was initially conceptualized to benefit one of the 100 engaged couples that were directly impacted by the abrupt closing of a popular Brooklyn venue.  The recipients of the 2014 giveaway, Ashleigh & Eric, lost tens of thousands of dollars when the venue shut its doors a few months before their wedding – with no hope of ever being repaid. The overwhelming support and generosity of the NYC event community, along with the success of its inaugural year, inspired Little Red Bean Productions to make the event an annual tradition.  Little Red Bean Productions looks forward to helping turning a sour situation into something sweet for couples for years to come.

Little Red Bean Productions is also proud to have participated in Virtual Enterprises International (VEI), a program providing NYC public students with the opportunity to shadow a professional in his or her dream profession. VEI is a real-life simulation of a business world environment. The program empowers students to perform the activities and handle the responsibilities involved in starting and operating a business in order to provide the kind of valuable experiential learning that most people don’t get until they enter the workforce. 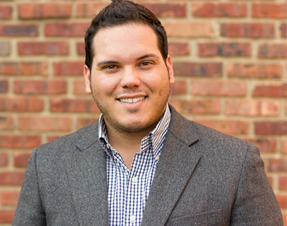 Russell approaches each event and task with utmost seriousness and professionalism, but at the end of the day, he just really loves a good party. Russell uses his manic attention to detail and mad-scientist imagination to wrangle all of the moving pieces of an event into a smooth, cohesive timeline. Whether Russell is your wedding day-of-coordinator or if you’ve put the fate of your company’s newest product launch into his capable hands, your event will be exciting, flawless, and unforgettable.

After graduating from Rutgers with a double B.A. in Journalism and Media Arts & Theater Studies, Russell worked his way through the spectrum of event planning from hospitality management to landing his dream job at NBC Universal as the Production Manager for the Emmy award-winning Creative Services Team. After NBC, Russell joined Vitella’s Catering, a multi award-winning NYC catering company, as Director of Special Events. Then, in 2009, Russell’s entrepreneurial spirit and hands-on industry experience led him to launch his own event practice – Little Red Bean Productions. Russell lives in Brooklyn, NY but is happy to travel the globe for an event.

Back to the top